Kundalini yoga– derives from kundalini, defined in Vedantic culture as energy that lies dormant at the base of the spine until it is activated (as by the practice of yoga) and channeled upward through the chakras in the process of spiritual perfection

Prana–  In Hindu philosophy including yoga, Indian medicine and Indian martial arts, prana the Sanskrit word for breath, “life force”, or “vital principle”permeates reality on all levels including inanimate objects.

Pranayama– Pranayama is the practice of breath control in yoga. In yoga as exercise, it consists of synchronising the breath with movements between asanas, but is also a distinct breathing exercise on its own, usually practised after asanas.

Asana– is a Sanskrit term which is often translated as “posture” or “pose.”

Chakra–  In Sanskrit, the word “chakra” means “disk” or “wheel” and refers to the energy centers in your body. These wheels or disks of spinning energy each correspond to certain nerve bundles and major organs.

Endocrine System– The endocrine system is a chemical messenger system comprising feedback loops of the hormones released by internal glands of an organism directly into the circulatory system, regulating distant target organs.

Nervous System– The nervous system is a complex collection of nerves and specialized cells known as neurons that transmit signals between different parts of the body. It is essentially the body’s electrical wiring.

Mudra– Mudras allow us to go inward and recharge our energy levels. The term mudra applies to the use of hand gestures during meditation that carry specific goals of channeling your body’s energy flow.

Kryia– Kriyā (Sanskrit “action, deed, effort”) most commonly refers to a “completed action”, technique or practice within a yoga discipline meant to achieve a specific result.

Bandahs– A Bandha is a “body lock”.  Each bandha acts as an energetic lock, or valve. There are four main bandhas in the body: Mula Bandha – the root lock. Jalandhara Bandha – the throat lock. Uddiyana Bandha – lifting of the diaphragm lock. Maha Bandha– all three locks at the same time.

Bhakti– Bhakti, (Sanskrit: “devotion”) in Hinduism, a movement emphasizing the mutual intense emotional attachment and love of a devotee toward a personal god and of the god for the devotee.

Yoga– The word ‘Yoga’ is derived from the Sanskrit root ‘Yuj’, meaning ‘to join’ or ‘to yoke’ or ‘to unite’. As per Yogic scriptures the practice of Yoga leads to the union of individual consciousness with that of the Universal Consciousness, indicating a perfect harmony between the mind and body, Man & Nature.

Tattva– Tattva is a Sanskrit term meaning “principle” or “reality.” The five basic tattvas are earth, water, fire, air and sky. Each have corresponding symbols and colors. They also have corresponding chakras. The five tattvas are present everywhere and having them balanced in the body is essential to one’s health. Practicing yoga is the best way to balance the five tattvas, gaining higher levels of consciousness and spiritual fulfilment.

Arc Line– The Arc Line is a halo that stretches around your forehead, earlobe to earlobe. Women have an extra arc line that runs from nipple to nipple and assists in bonding with an infant.  It also guides you by creating a field of protection. Both intuitive information that you are receiving (protection) and the power of the information you are sending out (projection) are influenced by the arc line.

Aura– The aura is the electromagnetic field that surrounds your body. Everyone vibrates with auric energy. A strong aura attracts positivity and repels negativity, like a shield. It gives a strong sense of security and identity, and an uplifting presence. A weak aura can make you feel insecure and negativity can penetrate into the psyche and physical body. The aura communicates who you are and ‘where you’re at’ before any words are spoken.

Sadhana is a Sanskrit word that means a daily spiritual practice. It’s the foundation for your personal, individual effort to communicate with the divine inside of you and all around you. It is the main tool you use to work on yourself to achieve your purpose in life.

Third Eye– The third eye is located on your forehead, between your eyebrows, but just a little bit higher. The central point for your intuition, imagination and inner wisdom. We can’t physically observe this spot as an eye. It’s an energetic eye. This spot is connected with the pineal gland.

Pineal Gland– The pineal gland, conarium, or epiphysis cerebri, is a small endocrine gland in the brain of most vertebrates. The pineal gland produces melatonin, a serotonin-derived hormone which modulates sleep patterns in both circadian and seasonal cycles. The shape of the gland resembles a pine cone, and gives it its name.

Shakti–  “Energy, ability, strength, effort, power, capability” The primordial cosmic energy and represents the dynamic forces that are thought to move through the entire universe. Shakti is the personification of the energy that is creative, sustaining, as well as destructive, sometimes referred to as auspicious source energy.

Mantra–  The word mantra can be broken down into two parts: “man,” which means mind, and “tra,” which means transport or vehicle. In other words, a mantra is an instrument of the mind—a powerful sound or vibration that you can use to enter a deep state of meditation. 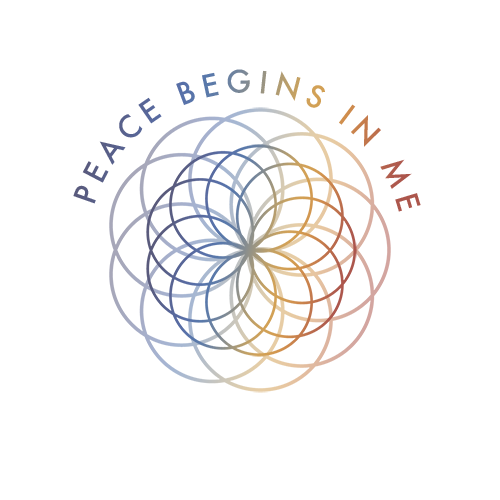 Enter your name and email below

Peace begins in me

By creating peace from within, we transform our lives and the world around us. Our platform is designed to connect with the highest aspect of our being, in order to tap into our full potential. As we learn to connect with our true identity rather than our external perceptions, we begin to experience the magic of ourselves in this extraordinary life.

Learn the tools and techniques to begin your journey.Some of these techniques may seem new or strange, but there is a deep science behind them that will contribute to your highest potential in transformation. Watch this before you begin the other videos. Enjoy!. FREE

Learn the tools and techniques to begin your journey.Some of these techniques may seem new or strange, but there is a deep science behind them that will contribute to your highest potential in transformation. Watch this before you begin the other videos. Enjoy!. FREE